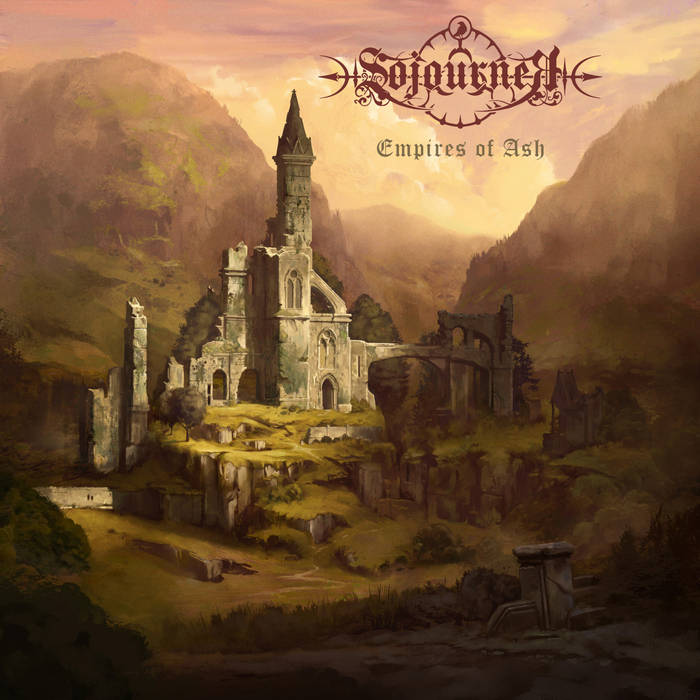 RJ What an ambitious album - and to think it’s a debut album too. Sojourner have found an excellent way to create atmospheric black metal with significant folk contributions. Truly epic stuff. Somehow they just keep getting better with each release too. If you like this you’ll love the rest of their discography. 8/10 Favorite track: Empires of Ash.

Took me long enough to remember to get their 1st album. May 8th, I'll finally have all the current Sojourner albums.

Martin SK Black metal and folk music is such a great fit when done well. This is one of those albums that fuses the two genres into a wonderful experience.

The songs on this album are so massive, so brutal, so.. for a lack of a better word, epic. This band is a treasure that I am glad that I found. Favorite track: Heritage of the Natural Realm.
more...

'Empires of Ash' is our debut album, released via Avantgarde Music in May 2016.

"Sojourner integrate various instrumentation such as tin whistle, piano, and an array of synth work to evoke a heroic and defiant atmosphere that would sit proudly alongside James Horner’s 'Braveheart' soundtrack (if it were more metal of course)." - deadrhetoric.com

"To me the best way to describe it is like walking the pages of a fantasy novel. You have the atmosphere, beauty, struggle, sadness, and reconciliation. Fans of atmospheric black metal rejoice, Sojourner has made their mark and I am excited to see what the future holds for this band." - themetalwanderlust.com

"A pleasant surprise that easily gives established atmospheric nature-metal acts such as Fen or Saor a run for their money; this is definitely one to check out." - metalreviews.com

Bass written & recorded by Mike Wilson at
The Beardroom in Wellington, New Zealand

All lyrics written by Emilio Crespo,
except 'The Pale Host' written by Chloe Bray

Bandcamp Daily  your guide to the world of Bandcamp

outré black metal, with a Victory Over the Sun interview and music from Liturgy and Jute Gyte.