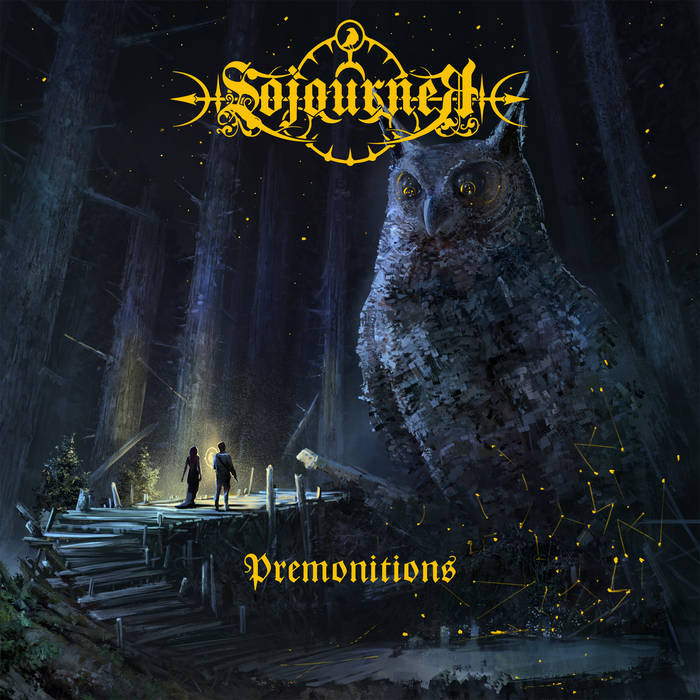 jorgonq I was semi familiar with Sojourner from their previous album, "The Shadowed Road". That was a really good album. However, it could not prepare me for "Premonitions". This album is on a different level. I picked "The Deluge" because it was the first song I heard from the album, but they are all serious contenders. If you're a fan of really deep, complex female vocals then Talas is the song for you. Its my 2nd favorite on the album. Favorite track: The Deluge.

Alice M. I skipped an album, but the previewable tracks here were enough to make me jump back on the hype train.

"Like an oncoming storm, Premonitions unveils the violent, yet undeniably beautiful stylistic progression of Sojourner's sound in an exceptional synthesis of folk and atmospheric black metal. Thanks to the ever-increasing complexity of arrangements and compellingly diverse intros (“The Event Horizon”), Premonitions rises to a broader musical territory where the wide range of melodies and rhythms merge together into a desolate, yet captivating, soundscape of expressive harmony.

Whether highlighting the atmospheric influences (“Monolith”), Chloe Bray’s ethereal vocals (“Talas”), or evolving rhythmically around Emilio Crespo’s growls (“Fatal Frame”), Sojourner manages each time to captivate the listener. The mysterious and capricious spirit of unexplored wilderness is directly referring to both the legacy of the Scandinavian extreme metal scene and the charm of instrumental folk interludes. Following the lead of powerful riffs and rhythmic accompaniments, voices of Crespo and Bray, two charismatic pillars of Sojourner’s musical identity, fiercely interact with each other (“Apocalyptic Theatre”), opening a field for the atmospheric journey through melodies of dawn and dark emotional hymns.

Amalgamating a wide range of musical forms and concepts, on their third studio album Sojourner outlines a captivating soundscape, gradually unfolding into a musically unpredictable ode to the unknown. Premonitions is in this sense not only a masterfully told story, but much more a milestone confirming the group’s unique approach towards the genre!"

Bandcamp Daily  your guide to the world of Bandcamp

outré black metal, with a Victory Over the Sun interview and music from Liturgy and Jute Gyte.